Title: Human Impacts on the Sustainability of Groundwater

Instructions: You will need to write a 1-page lab report using the scientific method to answer the following question:

•
If current human development does not change
,
will groundwater sustainability be affected
?

Part I: Using the time progression of industrialization and human development, fill in the data table below to help you write up your lab report.

•
Purpose
o
State the purpose of the lab.
•
Introduction
o
This is an investigation of what is currently known about the question being asked. Use background information from credible references to write a short summary about concepts in the lab. List and cite references in APA style.
•
Hypothesis/Predicted Outcome
o
A
hypothesis
is an educated guess. Based on what you have learned and written about in the Introduction, state what you expect to be the results of the lab procedures.
•
Methods
o
Summarize the procedures that you used in the lab. The Methods section should also state clearly how data (numbers) were collected during the lab; this will be reported in the Results/Outcome section.
•
Results/Outcome
o
Provide here any results or data that were generated while doing the lab procedure.
•
Discussion/Analysis
o
In this section, state clearly whether you obtained the expected results, and if the outcome was as expected.
o
Note: You can use the lab data to help you discuss the results and what you learned.

Provide references in APA format. This includes a reference list and in-text citations for references used in the Introduction section.

Give your paper a title and number, and identify each section as specified above. Although the hypothesis will be a 1-sentence answer, the other sections will need to be paragraphs to adequately explain your experiment.

Planet Earth’s surface is over 70% water, but less than 1% of the water on Earth is considered accessible, usable freshwater for sustaining humans’ and other organisms’ lives. Of the accessible freshwater, approximately 99% is located in aquifers, natural underground water chambers, and other groundwater sources. Unfortunately, humans are depleting the aquifers faster than they can be recharged by the hydrological cycle. Therefore, three quarters of groundwater is considered nonrenewable.

The main reason we using groundwater resources mainly for drinking and irrigation. As a result, this not only decreases an important source of freshwater—it also can cause pollution of that groundwater by saltwater intrusion. The recharge rate of groundwater is further hindered by land clearing and deforestation caused by human development. When land is cleared for human development, more flooding occurs, the transpiration rate (the amount of water that evaporates into the atmosphere from plants) is reduced, and rainwater is inhibited from adequately percolating (penetrating the soil) into the ground to allow for aquifers and groundwater to be recharged. 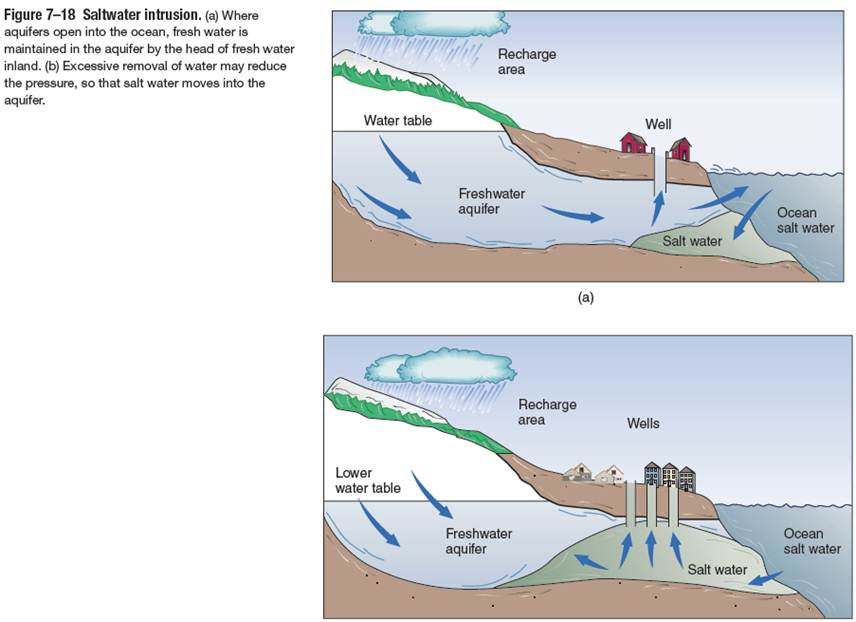 Forty percent of the world’s food is produced via irrigation. As a result, if the current rate of groundwater usage continues, food production could be drastically reduced worldwide. This reduction in food supply would be detrimental in sustaining the projected worldwide human population of over 10 billion within the next 50 years.

Use the Hydrologic Cycle Figure below to understand the impact of industrialization and human development on ground water over 3 centuries.

the Hydrologic Cycle Figure below to understand the impact of industrialization and human development on ground water over 3 centuries. 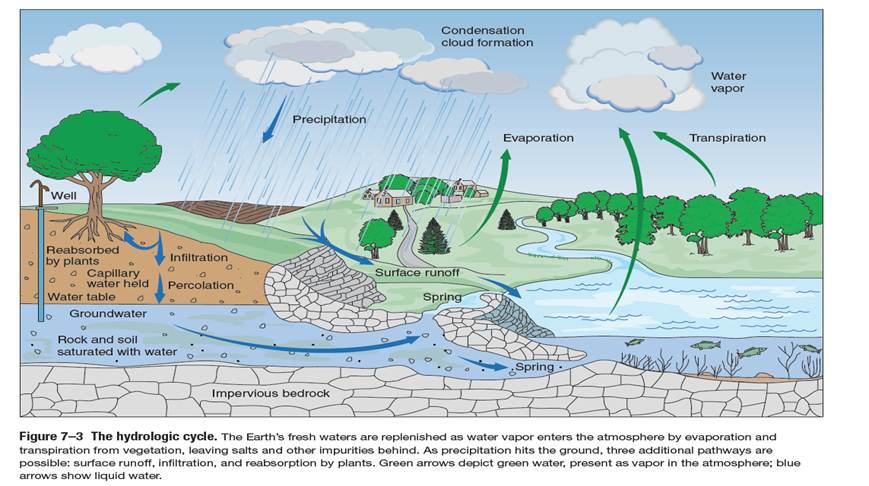 The table below shows the impacts:

Cognitive behavioral therapy (http://www.nacbt.org/whatiscbt.htm) (CBT) is a... Assignment 2: LASA 1: The Neighborhoods of Centervale
Scroll to top

Open chat
Powered by
Welcome to our website. We are ready to assist you with your assignments https://nursingessays.net/